Just who is this snarf guy? 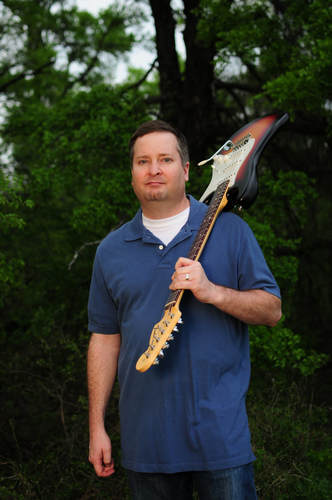 Snarf really wanted a car on his 16th birthday, but, instead got his first guitar complete with a handful of lessons.  The guitar was that same guitar that so many learned on...one that a friend had sitting in their closet, unmaintained, for years.  The neck was separating from the body, and it was so bad that, when you tuned it, by the time you got from the 6th string to the 1st string, it was already out of tune again.  He traded those first few lessons for babysitting the teacher's almost-teenage son.  The son thought he was the next pro wrestler, so most of the time babysitting consisted of snarf trying not to let the kid out of his site or else he would suffer multiple flying elbow smashes to his back.  Snarf often went home with bruises all over.  He also learned to despise, hate, and utterly loath babysitting.

That was 30 years ago.  In that time, snarf has had the opportunity to play in different bands ranging from bluegrass/country gospel to worship bands at churches where he has attended.  He's mostly self taught (which is pretty obvious) and isn't really that good, but he can talk a good game and has enough gear to make non-players think he's the world's next guitar hero.  He's still plodding along trying to teach himself more about music whether it's on the guitar, the drums, his Native American flute, or some other instrument that is a current interest.  Some day he hopes to be able to call himself an actual musician.

This site is just an avenue for him to talk about guitars and gear, and maybe throw in the occasional post about one of his other interests like backyard container gardening or hiking.  He also hates people who talk about themselves in the third person.